Linear interpolation is the standard image blending method used in image compositing. By averaging in the dynamic range, it reduces contrast and visibly degrades the quality of composite imagery. We demonstrate how to correct linear interpolation to resolve this longstanding problem. To provide visually meaningful, high level control over the compositing process, we introduce three novel image blending operators that are designed to preserve key visual characteristics of their inputs. Our contrast preserving method applies a linear color mapping to recover the contrast lost due to linear interpolation. Our salience preserving method retains the most informative regions of the input images by balancing their relative opacity with their relative saliency. Our color preserving method extends homomorphic image processing by establishing an isomorphism between the image colors and the real numbers, allowing any mathematical operation defined on real numbers to be applied to colors without losing its algebraic properties or mapping colors out of gamut. These approaches to image blending have artistic uses in image editing and video production as well as technical applications such as image morphing and mip-mapping.

We implement contrast brushes, an interactive method for directly brushing contrast adjustments onto an image. The adjustments are performed by a histogram warping approach that implements tone mapping using piecewise defined, continuously differentiable, monotonic splines. This allows the independent specification of tone changes and contrast adjustments without causing halo or contouring artifacts, while still endowing contrast brushes with intelligible parameters that render their effects predictable for the user. A user study demonstrates that contrast brushes can prove more effective than Adobe Photoshop's interactive contrast enhancement tools.

We present a new contrast enhancing color to grayscale conversion algorithm which works in real-time. It incorporates novel techniques for image sampling and dimensionality reduction, sampling color differences by Gaussian pairing and analyzing color differences by predominant component analysis. In addition to its speed and simplicity, the algorithm has the advantages of continuous mapping, global consistency, and grayscale preservation, as well as predictable luminance, saturation, and hue ordering properties.

We present an interactive image enhancement technique to adjust the global color composition of an image by finding and replacing color gradients. We show how color gradient transformations can perform the basic operations of color editing. To recolor an image, the user designates a mapping of source color gradients to corresponding target color gradients. Each color gradient can be represented by a spherical parameterization, consisting of its midpoint color, contrast radius, as well as hue and luminance angles, in order to give the user separate and independent control over color shift, contrast adjustment, and color variation. Color gradients provide not only a flexible way of selecting color features but also a powerful way of manipulating image colors, as each mapping between a source and a target color gradient defines an affine color transformation. To determine the region of influence of each color mapping, perceptual similarity between colors is evaluated by applying Shepard's law of generalization to color differences. Through a feature-based warping approach, our color warping algorithm applies a continuous, nonlinear, volumetric deformation to the color space in order to approximate the requested color mappings. By making interactive color correction easier to control, our technique may prove useful in a variety of color image enhancement tasks in digital photography, video processing, and information visualization.

Histogram warping is a novel histogram specification technique for use in color image processing. As a general purpose tool for color correction, our technique constructs a global color mapping function in order to transform the colors of a source image to match a target color distribution to any desired degree of accuracy. To reduce the risk of color distortion, the transformation takes place in an image dependent color space, featuring perceptually uniform color axes with statistically independent chromatic components. Eliminating the coherence between the color axes enables the transformation to operate independently on each color axis. Deforming the source color distribution to reproduce the dominant color features of the target distribution, the histogram warping process is controlled by designating the color shifts and contrast adjustments for a set of key colors. Assisted by mode detection, matching quantiles establish the correspondence between the color distributions. Interpolation by monotonic splines serves to extend the mapping over the entire dynamic range without introducing artificial discontinuities into the resulting color density. We show how our method can be applied to color histogram equalization as well as color transfer from an example image or a color palette.

We present an interactive contrast enhancement technique for the global histogram modification of images. Through direct manipulation, the user adjusts contrast by clicking on the image. Contrast around different key tones can be adjusted simultaneously and independently without altering their luminance. Histogram warping by monotonic splines performs the gray level mapping. User interfaces for contrast correction find application in digital photography, remote sensing, medical imaging, and scientific visualization.

We present an automated algorithm for global contrast enhancement of images with multimodal histograms. To locate modes and valleys, histogram analysis is performed by kernel density estimation, a robust nonparametric statistical method. Histogram warping by monotonic splines pushes the modes apart, spreading them out more evenly across the dynamic range. This technique can assist in the contrast correction of images taken facing the light source.

We investigate the use of quasicrystals in image sampling. Quasicrystals produce space-filling, non-periodic point sets that are uniformly discrete and relatively dense, thereby ensuring the sample sites are evenly spread out throughout the sampled image. Their self-similar structure can be attractive for creating sampling patterns endowed with a decorative symmetry. We present a brief general overview of the algebraic theory of cut-and-project quasicrystals based on the geometry of the golden ratio. To assess the practical utility of quasicrystal sampling, we evaluate the visual effects of a variety of non-adaptive image sampling strategies on photorealistic image reconstruction and non-photorealistic image rendering used in multiresolution image representations. For computer visualization of point sets used in image sampling, we introduce a mosaic rendering technique.

We integrate stylized rendering with an efficient multiresolution image representation, enabling a user to control how compression affects the aesthetic appearance of an image. We adopt a point-based rendering approach to progressive image transmission and compression. We use a novel, adaptive farthest point sampling algorithm to represent the image at progressive levels of detail, balancing global coverage with local precision. A progressively generated discrete Voronoi diagram forms the common foundation for our sampling and rendering framework. This framework allows us to extend traditional photorealistic methods of image reconstruction by scattered data interpolation to encompass non-photorealistic rendering. It supports a wide variety of artistic rendering styles based on geometric subdivision or parametric procedural textures. Genetic programming enables the user to create original rendering styles through interactive evolution by aesthetic selection. We compare our results with conventional compression, and we discuss the implications of using non-photorealistic representations for highly compressed imagery.

Graphic design draws a fundamental distinction between style and content, as in font and text. Applying the same principle to digital photography, this work proposes a novel image representation that separates the specification of rendering style from the description of informative content, enabling style and content to be saved, changed and reused independently. From the abstract to the figurative, this technique represents images at progressive levels of detail. It also supports interactive style design using genetic programming. As every image has a grain, there is always a resolution where stylized depiction must take the place of exact reproduction. Intentional stylization enables visual artifacts to play a constructive role in visual communication by making abstraction and simplification appear legitimate. Painterly rendering styles that encourage the viewer's imagination to complete the picture can act as a powerful form of image compression. Based on University of Cambridge research, this book presents students, researchers, and practitioners of image processing and computer graphics with a new perspective on representation, compression, and stylization in digital imaging.

My work presents image processing techniques for facilitating artistic visual expression. Inspired by both visual art and visual perception, the aim of my research is to enhance the possibilities of visual communication by extending the repertoire of creative techniques available to digital artists. My work offers new ways to transform style, color, and composition in digital imaging. To improve control over stylized rendering, I propose a concise, multiresolution image representation that can simultaneously support both photorealistic reconstruction and non-photorealistic rendering. To improve control over color and contrast enhancement, I propose recoloring techniques to remap colors, find and replace colors, and convert colors to grayscale. To improve control over image compositing, I propose image blending operators designed to produce composites that preserve key visual characteristics of their components, including contrast, color, detail, and salience. Seeking mathematical models to express aesthetic and perceptual goals, I develop algorithmic image transformations that are shown to have a variety of practical applications across automated image rendering and interactive image editing. 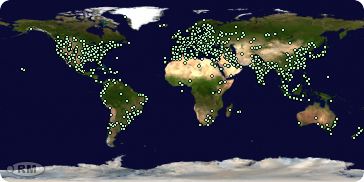